A round shaped large button present at the bottom middle of iPhone 6s is known as home button. This button is essential for several functions including going back to home screen and work as a wake up button when phone is in sleep mode. The iPhone 6s has a Touch Id sensor which detects the user’s finger even if they don’t press the home button. The sensor detects the finger through capacitive touch and can read the finger in any direction it is put on. The home button has a laser cut sapphire crystal and thus has a potential of getting damaged or non functional over the time. The reasons behind a non functional or damaged home button can be many including liquid ingress, greasy hands or excessive usage. MyCelCare offers highly efficient and durable home button replacement at affordable price. 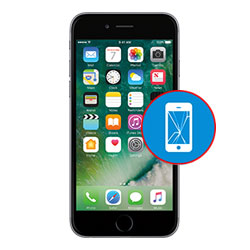